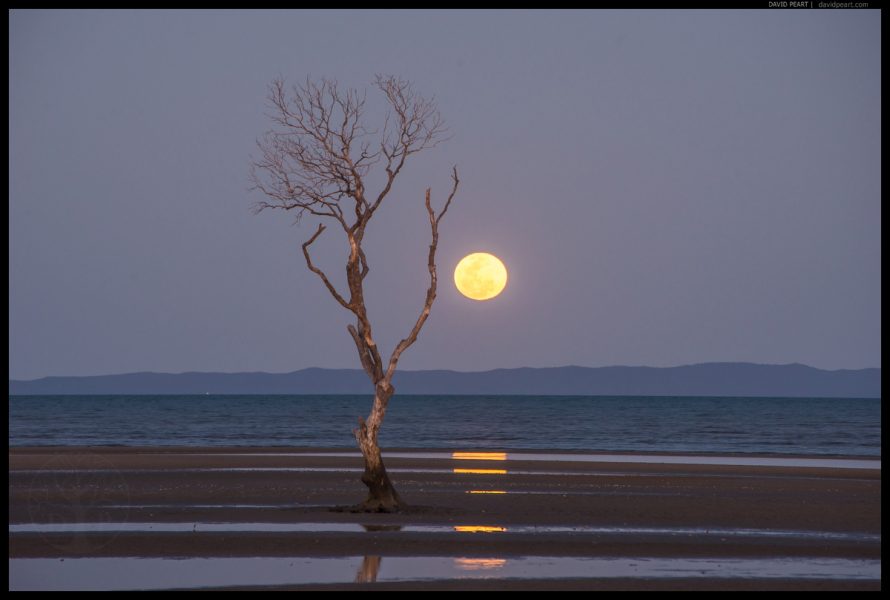 This day in the latter half of 2015 was touted as a “super blood moon”, indicating that the moon was in eclipse, AND at the apogee of it’s orbit at the same time (the closest point it gets to Earth).
Unfortunately, by the time the Australian continent had turned around to face the night sky, the eclipse was over, so the blood part was gone, with only the moon’s light filtering through many miles of the earth’s atmosphere at the end of the day giving it the orange appearance.

I acknowledge that this photo was taken on the traditional lands of the Yuggera people, and pay my respects to Elders both past, present and future, and their traditions of respect and sustainability for these lands.